Dead bacteria in the fish intestine can originate from the feed 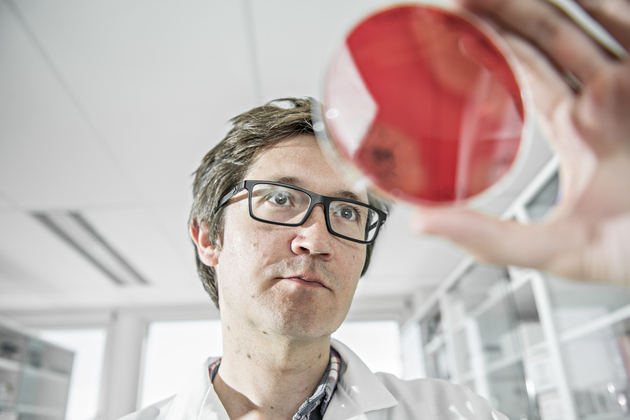 The intestines of animals are teeming with bacteria, affecting how animals digest their food. Studying these microbes is therefore an interesting part of research when investigating the effects of feed on animals, also for farmed fish. However, recent research sheds new light on the value of these studies.

It all started with scientists at the Nofima research institute conducting a trial where they fed farmed salmon over a period of time, and measured parameters such as the fish’s feed utilisation, growth and bacterial profile in the intestine. It was a very common type of trial, in which the methods they used met standards to which the research community is committed.

However, the scientists became suspicious about the bacteria they apparently found in the salmons’ intestines. They investigated further and found that the method of DNA sequencing that they had used, and which is commonly applied by a large number of researchers over the past ten years, has its limitations.

The bacteria originate from the feed

In short, what they found was that analyses conducted from sequenced DNA of the intestinal flora do not take into account that microbes found in the intestine may be dead bacteria that come from the fish feed.

The problem is that it has not been common practice to include the feed when studying the intestinal flora in fish. Neither Norwegian nor international, according to fish health scientist Christian Karlsen and microbe scientist Ida Rud at Nofima.

DNA sequencing isa method that provides information about the order of the base pairs in the genetic material. This order can be used to identify which microbes the DNA originates from. Sequencing DNA from a sample (e.g. feed) can identify hundreds of different microbes depending on the amount of DNA and the diversity of microbes that have lived in the sample material. One drawback is that the DNA sequencing does not distinguish between dead and living microbes. The method referred to here, so-called deep sequencing, has been very widespread over the past ten years.

In cell cultivation, the microbes (e.g. from fish intestines) are cultivated in various media in order to detect which microbes live in the sample. The advantage of this method is that it only detects living microbes, but a disadvantage is that it gives a narrow picture of all the microbes potentially found in the intestine, as not all of them can be cultivated.

Is the DNA sequencing method the problem?

No, according to the researchers. “The method, which is a form of deep sequencing, provides many possibilities and can identify thousands of bacteria in a sample, but one must be aware of its limitations”, says Karlsen.

“There has probably b15een an assumption that the fish intestine is similar to that of other animals, which have a complex microbiota community in the gut. Therefore, one may not have thought that a few microbes accompanying the feed plays a major role”, says Karlsen.

Only a few types of bacteria in the gut, but many in the feed

Fish intestines seem to have a relatively simple microbe community, where just a few groups of bacteria dominate. However, the raw materials in fish feed contain many nutrients that various microbes are able to utilise. Even if these microbes die during processing, their DNA can be carried by the feed and into the fish’s intestine. For example, lactic acid bacteria, which are often associated with plant-based raw materials.

She believes that the inadequacies of many studies may be due to a very optimistic attitude to the DNA sequencing method when it arrived.

“We must not indiscriminately transfer methodologies and interpretations from studies on humans and mice to fish”, says Rud. She believes that scientists still know little about the microbial life in fish intestines.

Karlsen and Rud do not believe that the findings are very significant for farmed fish or the fish farmer. But they are of great importance for research on fish feed.

Must be done differently in the future

According to the scientists, anyone intending to conduct feed studies where the mapping of intestinal flora is included must perform the studies differently.

“From now on, we check DNA sequencing from the gut in relation to the feed that has been used, or sequence microbial RNA to identify the active microbes. We can also combine it with cell cultivation to isolate these microbes”, says Rud.

Karlsen and Rud believe that there is a long way to go before we understand the role played by microbes in fish intestines regarding the digestion of the feed and further impact on fish health.